Storage facilities with highly combustible or flammable materials can be reliably protected by early fire detection. 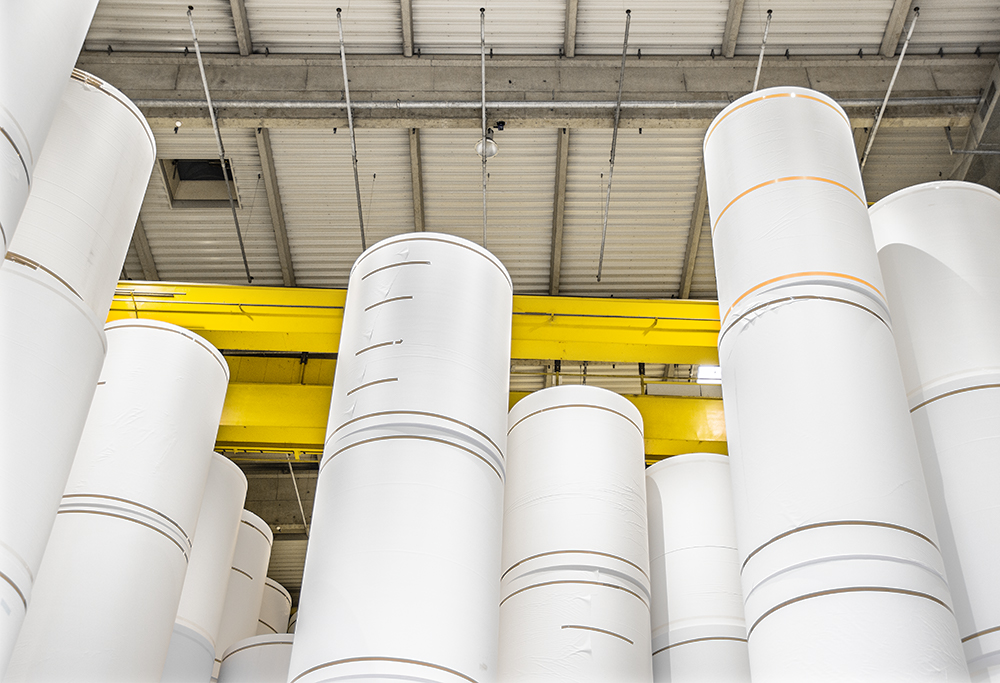 The paper manufacturing company Mitsubishi HiTec Paper Europe GmbH uses our HOTSPOT-1000 infrared fire detectors. The thermal imaging cameras detect smoldering fires and open fires extremely quickly. 42 of our HOTSPOT-1000s are installed in a paper warehouse at the Bielefeld production facility. In the building, which measures around 100 m x 20 m, paper rolls of 2 m diameter and approx. 6 to 8 t in weight can be stacked, in some cases three to four high. More than 200 paper towers are possible. They are the starting material for further processing into surface-finished paper – for example into high-quality thermal paper, as required for receipt printing or tickets.

Fires in paper warehouses can never be completely ruled out. They can be caused, among other things, by hot-running drives, fires in electrical installations and equipment, and also, for example, by heated parts of an overhead crane.

Paper burns quickly. However, when rolls of paper are stacked high and close together, the risk is exacerbated: the chimney effect creates vertically directed air currents in the event of a fire. Air is drawn in from below, further igniting the fire.

If an early fire detection system is missing, high damages can occur in paper warehouses. A burned-down production facility means “worst case”. But extinguishing water is also destructive. The hall has to be pumped out, remaining paper rolls suffer water damage, and production losses and interruptions to the supply chain are added to the damage. The economic consequences can then be high. 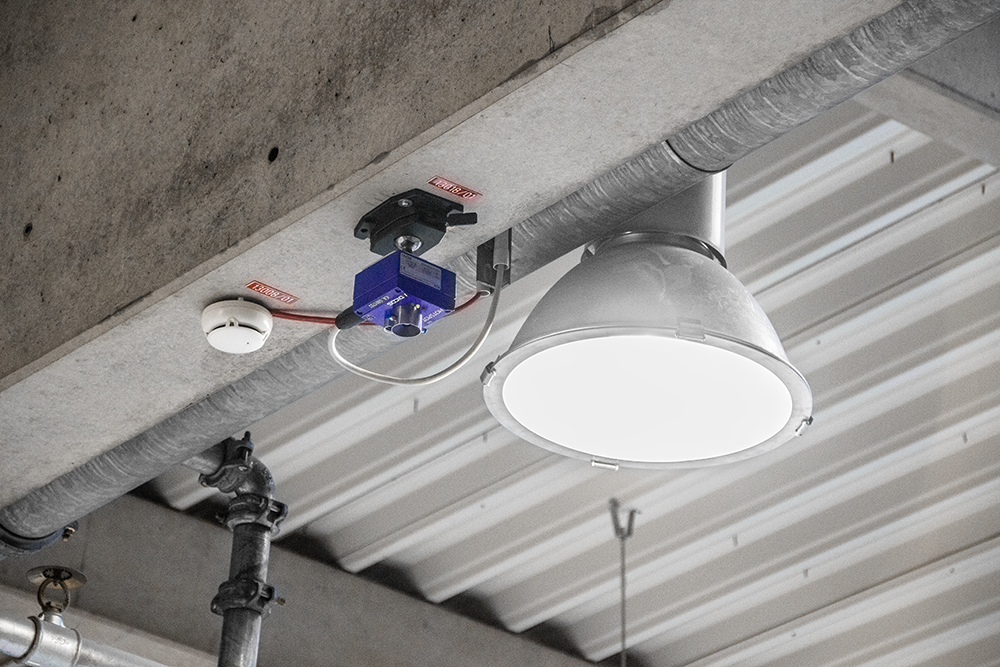 In the paper warehouse, 42 HOTSPOT-1000 infrared detectors were installed under the hall ceiling. In combination with smoke detectors, they form a reliable early detection system. The thermal imaging cameras with intelligent signal evaluation can be freely parameterized and optimally adapted to the respective application.

The fire alarms are specifically distributed over several areas of the hall so that it is easy to locate where there is a risk of fire. Extinguishing measures can thus be taken at an early stage within a manageable area, so that the remaining part of the hall can be spared, whether from fire spreading or also from extinguishing agent damage.

Alarming according to the multi-criteria principle

The fire detection system responds to two criteria: excessive temperature and impermissible smoke. If both the HOTSPOT-1000 infrared detectors and the smoke detectors respond, the system triggers an alarm.  It is possible and currently in preparation that it automatically controls a deluge fire extinguishing system.

Even in a relatively low-staff production environment, high material assets can be protected. Production downtimes and supply chain interruptions are avoided. The economic consequences of a fire remain low. 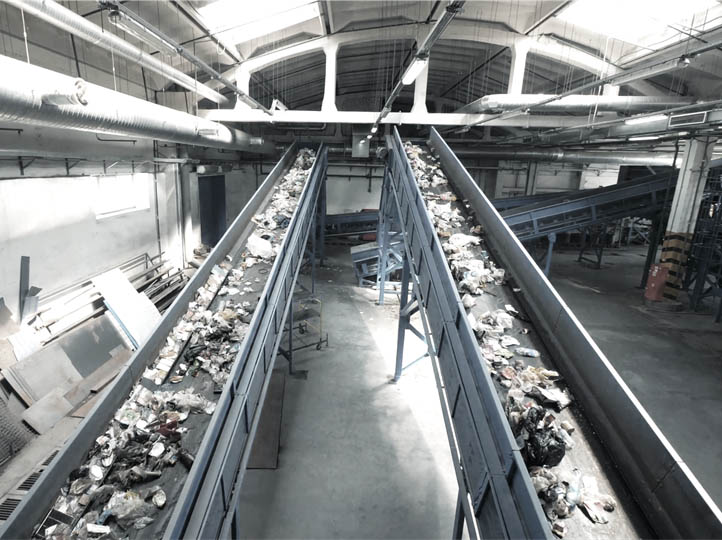 We will be pleased to assist you.

Are you interested in our ADICOS system or are you planning a specific project? We will be pleased to assist you. Please contact us by phone at +49 2162 3703-0 or by e-mail (adicos@gte.de) or send us a non-binding project inquiry via our inquiry form.
PROJECT REQUEST

GTE Industrieelektronik uses cookies and other technologies to provide necessary functionalities and - with your permission - the use of additional functionalities. Cookies necessary for operating the website are set. In addition, please allow the use of your data for analysis purposes and improvement of our service by giving your consent. You can revoke or adjust your voluntary consent at any time.

GTE Industrieelektronik uses cookies and other technologies to provide necessary functionalities and - with your permission - the use of additional functionalities. Cookies necessary for operating the website are set. In addition, please allow the use of your data for analysis purposes and improvement of our service by giving your consent. You can revoke or adjust your voluntary consent at any time.

These cookies are required for technical reasons, they cannot be deselected.

If you disable this cookie, we will not be able to save your preferences. This means that every time you visit this website you will need to enable or disable cookies again.

These consents are used to provide features beyond the essential functionality, such as video playback or interactive Web 2.0 features. Content from e.g. video platforms and social media platforms is blocked by default and can be activated by consent. When the service is consented, this content is automatically loaded without further manual consent.

Please enable Strictly Necessary Cookies first so that we can save your preferences!

These cookies allow us to count visits and traffic sources so we can measure and improve the performance of our site. We use the web analytics software Matomo. With your consent, you enable us to obtain anonymized statistics about the use of our website.

Please enable Strictly Necessary Cookies first so that we can save your preferences!